Workplace insecurity is a growing phenomenon that is affecting most of the employees, which could be a reason for unemployment and increasing rates of temporary jobs. It has been categorized as a situation in which an employee is threatened by the discontinuity of a job. Within the workplace, the insecurity is because of the eligible replacement, competition among the employees, low wages, flexible labor market, and other more reasons.

When a person is unable to handle these sorts of triggers in the workplace he/she is definitely under great pressure. The pressure is both external and internal. Leaving the workplace without any reason damages the mental stage of people.

Studies have shown that employees who are at higher risk of losing their jobs are more vulnerable to perceive pressure, anxiety, stress, and depression. Moreover, they have low levels of positive feelings and high levels of negative feelings if compared to the employees who do not have job insecurity. Employees who are jobless or are at the risk of losing their jobs do not get social support. Not just that, the people of the job insecurity group suffers from a higher degree of separations from their spouse. The negative effects of job insecurities also resulting in a higher level of divorces, which has proven that mental health issues are not only the reason for relationship discord.

Job insecurity affects both the mental and physical health of a person. The fears of losing the job have determined effects on health. Among other reasons, the major reason is the economic issue one could face when we got jobless. It has been studied that, a person starts thinking of the economic crises he should bear when he got jobless. He will not get the amount he expects every month to run the household burden. Hence, income relates to mental health. The loss of estimated income every month drives mental and physical illnesses.

Fact fully, the loss of income is less important than the loss of self-identity and sense related to the job. Studies have explained that loss of income resulting from unemployment has severe health impacts that could not even be explained. The psychological studies of job insecurities have highlighted that the loss of a job should be considered as a major reason for stress.

It has been observed that people with a higher level of job securities are found with different somatic symptoms, which include;

What are the Common Migraine Triggers?
The Positive Effects of Doodling on Mental Health
The Common Mental Illnesses in Children every Parent should know!
Manage your Mental Health with Exercise
December 7, 2020/by MamaBlog
https://www.mamashop.com.au/blog/wp-content/uploads/2020/12/Workplace-Insecurities-Affecting-Mental-Health-of-Most-Employees-MAMA-BLOG.jpg 600 1100 MamaBlog https://mamashop.com.au/blog/wp-content/uploads/2020/12/website-logo.png MamaBlog2020-12-07 18:44:582021-01-10 18:01:53Workplace Insecurities Affecting Mental Health of Most Employees

Winter Precautions for the Pregnant Women 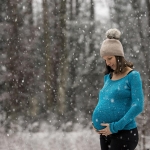 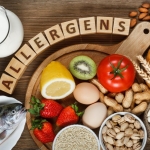