Blog - Latest News
You are here: Home1 / Parents2 / Why Toddlers have bad breath?

Why Toddlers have bad breath

Parenting is not something which could be considered easy, for every better and worst, parents have to manage things happening with their children. As your baby starts growing, you might be watching them having different problems and changes which you being a parent have to manage. Well, most of the mother’s report bad breathing in toddlers, if you observed that in your kid to you are not alone. Bad breathing is often known as halitosis which is common in toddlers, it happens due to many different problems.

Whatever is the cause, important is you should know. In this article, we are going to discuss the common reasons that cause bad breathing. Most of the parents run to the doctors as they think it is something rare in toddlers, but there is nothing to worry just learn the causes.

Children are energetic and when they have recently learned to walk and run, they love to run around as they are pretty active. It is hard for them to remember they are dehydrated, they don’t have enough sense to stop and drink water. Bad breathing in kids is usually caused by a lack of fluid intake. When children do not drink enough water they produce fewer amounts of saliva, which plays a role in washing away the bacteria involved in odor creation.

This might be something you cannot think of, but a bad breath in your kid might occur when something is stuck in the nasal passages. The nostrils of kids are too small it is the perfect size for the things such as beans, toy accessories, beads, and food particles to get inside. Pediatrics have confirmed that when something got stuck, it could make a nasty smell, so there is a need to take your kid to the doctor so that he could remove the object.

Lately, have noticed a sore throat or stuffy nose in your kid? If yes, then it could be a sinus infection. Usually, the sinus problems collect the fluid into the nasal passages and throat, which makes the throat the perfect room for bacteria to dwell. This leads to bad breath which could not be treated only with mouthwashes and tooth brushing only.

Just get a flashlight and see is everything all right in the tonsils and how they look. The healthy tonsils are spot-free and pink, while the infection gets red, have white spots, are inflamed, and smell very bad. Bacteria gather into the pits of swollen tonsils which get paired with the sour smell of the infection leading to bad breath. Get your kid to the pediatrician if the tonsils look red or swollen.

If you think your kid is following the best oral hygiene habits and having the best brushing, it is actually on enough to get free of the bad smell that comes from oral infections and tooth decay. Even if it is mouth sores, cavity, or gum disease, infections in the mouth could stow the scented smell. Some kid’s specific kinds of toothpaste available could prevent the problem from spreading, but still, there is no proper way to heal the cavity. Take your kid to the doctor, if he is having tooth decay.

There are some pungent foods such as onion and garlic are the major reasons for bad breath, and there is no exception when it comes to your child. Your kid may breathe fresh if you limit these foods from their diet.  Usually, parents get worried about the issue of bad breath in the toddlers. This problem is uncommon and could be prevented by following some measures from the beginning such as a daily oral care routine that helps your child breathe well and prohibits the increase of halitosis.

How to Get Rid of Bad Breathing in Toddlers 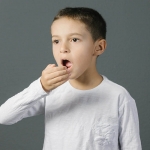 How to Get Rid of Bad Breathing in Toddlers 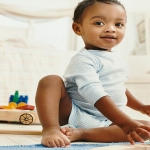