Blog - Latest News
You are here: Home1 / Mental Health2 / Why ADHD is observed in Children?

Why ADHD is observed in Children MAMA BABY CARE

ADHD has been reported in children more, parents never know their children are going through severe ADHD for long. It is a common neurodevelopment disorder that develops in childhood. ADHD stands for Attention Deficit Hyperactive Disorder which usually appears at the age of seven. It has been usually identified when your kids is not paying proper attention or stay inattentive.

Most parents find that their child is going through some disorder when they are not performing well in studies always stay dull and impulsive. This disorder is the most researched among the other child and adolescent psychological issues. However, the cause is still unrevealed.

It has been explained that it is caused by the low-levels of dopamine, which is a brain chemical, and this disorder is a brain-based problem. This chemical is a neurotransmitter, and its low levels are usually found in the brain of children suffering from ADHD. The area of the brain that controls movement, attention, and judgment has lower levels of brain metabolism in ADHD affected children.

Some of the studies have shown that sometimes ADHD is transferred in children from their parents. Parents when they were young might have experienced the symptom in their early ages. Siblings of the same family are found with this disorder most commonly.

When the parents get aware of the issue, they take professional help. Usually, parents take it seriously when ADHD starts to interfere with a child’s studies and inattentiveness, to adjust them for the age-appropriate happenings.

What could be the Possible Reasons?

The researchers not coming up with any confirmed reason. However, with the observations, it has been considered that usually, the reason for ADHD is lack of attention. This is because, when both parents are busy in their daily life chores they pay little attention to their kids in the early ages of their development. However, it has been said that in early childhood, a kid needs all of the attention from the mother especially, but when they do not get it, they become impulsive, and it leads to various behavioral and psychological disorders.

Moreover, another very common reason is hereditary. It has been said that if one of the parents has the issue it is transmitted to the children. However, if you are observing some relatable symptoms, it has been suggested to the parents to seek early treatment before it gets worse.

How ADHD could be Harmful to Children?

When ADHD is left untreated, or the parents are not taking the behavioral and psychological changes seriously, it has been predicted to affect the future of kids. The children with undiagnosed and untreated ADHD experience multiple life challenges. They have low-esteem, are confused, cannot succeed in life, suicidal behaviors, depression, fail in studies and relationships, and always throwing tantrums. Parents are highly advised to monitor every activity of their child. If you observe any mild change, concern about it and try to cope up with it by yourself. Check where you are lacking and what is triggering your child, as, at that time, they need proper attention, love, and care.

Your Depression Might Make You the Best Mother in Pandemic
The Common Mental Illnesses in Children every Parent should know!
How to Find Support When you are Feeling Alone
How to Manage Mom's Mental Health Conditions?
November 28, 2020/by MamaBlog
https://www.mamashop.com.au/blog/wp-content/uploads/2020/11/Why-ADHD-is-observed-in-Children-MAMA-BABY-CARE.jpg 630 1200 MamaBlog https://mamashop.com.au/blog/wp-content/uploads/2020/12/website-logo.png MamaBlog2020-11-28 18:00:442021-01-10 08:19:08Why ADHD is observed in Children?

WHAT ARE THE SIDE EFFECTS OF FORMULA MILK? 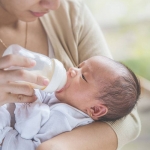 WHAT ARE THE SIDE EFFECTS OF FORMULA MILK MAMA BABY CARE 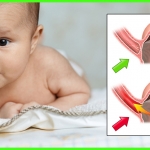