Blog - Latest News
You are here: Home1 / Parents2 / What is Autism Spectrum in Children?

What is Autism Spectrum in Children MAMA BLOG

Autism Spectrum is a disorder that is related to brain development. This brain disorder refers to how a child perceives and responds. In children, it directly affects the nervous system, which disturbs growth and development. Children with this disorder seem to have their world, they have problems with communicating and interacting with others. Autism majorly relates to socializing and lack of social awareness.

This disorder shows repetitive patterns of behavior. The symptoms show up in the first 3 years of life. It has a wide range of symptoms that begin to appear in the early stages of childhood. The child with ASD follows the normal routine and behaves normally, but the major problem is interaction. These children are observed with having issues with eye contact and never start speaking with people. They are unable to understand facial expressions and have problems in developing social skills. The below problems are also found in children with ASD.

This disorder is found in boys more than girls. If the disorder is diagnosed in the children early, it should be treated before the symptoms worsen. Treating the symptoms is important to improve the quality of life and to make the children’s future secure. The symptoms are usually observed by comparing the behaviors with the other children. Moreover, if the parents concern with the health specialist they diagnose the disorder by talking with the child.

The symptoms of autism are sometimes related to other developmental disorders. Some genetic disorders are also related to autism for example;

In case of these gene disorders, parents are recommended to concern for gene testing to find out what problem the child has. If the child is found with any genetic issue, they probably have the autism spectrum disorder.

If your infant is not developing normally, the parents are suggested to test their child by observing them from cognitive, social skills, and language. If your child

It is the responsibility of only parents to control autism in their child. It could be sometimes frustrating and time-consuming to understand what your child wants. However, only parents can pay attention to physical and emotional health.

What is the Importance of Pointing Skills in Babies?
How to make winter safe at home for children?
Healthy School Lunches Prevent Obesity in Children
HOW TO BUILD A STRONG BOND WITH YOUR BABY
December 1, 2020/by MamaBlog
https://www.mamashop.com.au/blog/wp-content/uploads/2020/12/What-is-Autism-Spectrum-in-Children-MAMA-BLOG.jpg 720 1280 MamaBlog https://mamashop.com.au/blog/wp-content/uploads/2020/12/website-logo.png MamaBlog2020-12-01 13:33:122021-01-10 08:26:06What is Autism Spectrum in Children?

What are the Emotional Triggers and How to manage them? 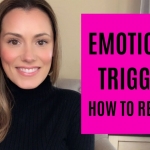 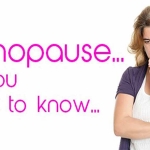