Blog - Latest News
You are here: Home1 / Medicare2 / What are the Possible Effects of Bipolar Disorder?

What are the Possible Effects of Bipolar Disorder MAMA BABY CARE

Bipolar disorder is a type of mental disorder. It is a manic-depressive illness, which is a brain disorder in which a person experiences elevated moods. People with this disorder experience low and high levels of energy and happiness. They go through episodes of sadness, low-esteem, and hopelessness. During these periods they feel and behave normally, which make it hard for the people to identify whether he/she has the disorder or not.

You may already know about the highs and lows of moods as the two poles that’s why the term ‘bipolar’ is used to identify the disorder. The word maniac used with the term is because the person having this disease has an extreme level of excitement and overly confident. These extreme feelings make it difficult for the person to make decisions, as they are too impulsive and short-tempered. It is hard for them to manage their relationships as well as everyday tasks.

Still, there is no cure or treatment for the disease; however, it has been declared that those people have an addictive nature, which could lead them to addiction to anything. Symptoms of bipolar disorder are not treatable, but it can be managed with the help of their closed ones and on their own.

Over 2.8% of adults, which is about 5 million people in the United States, are suffering from Bipolar disorder, as it is not considered a rare brain disorder. The signs of this disorder begin to reveal at the age of 25 years. As it has been characterized by high and low levels of episodes; however, it has been also observed that in many people these unstable episodes of depression are parted by the stages of stability.

Also, some people go through the illness for months, and some struggle with the disorder for even years without managing their symptoms. It has been a widely spread myth that, when a person controls bipolar disorder, he or she can quit the medication, which is not true at extreme stages.

The three common symptoms that are found usually in people with bipolar disorder are hypomania, depression, and mania.

The symptoms of hypomania are associated with bipolar disorder 2, which is more likely to mania, however, it is not too thrilling and severe. The people with hypomania symptoms do not have difficulty in managing their tasks, work, and relationships, but they are found with mood swings.

For people with stages of depression, the symptoms they usually experience are;

The people in the periods of mania have emotional instability, in most of the cases, they feel energized, impulsive, extremely excited, euphoric, and impulsive. There is behavior in which they commonly get engaged;

This disorder is not known as an uncommon illness however, it has some various symptoms which make it difficult to identify and diagnose. People who are experiencing this illness are recommended to take medical health or support from their families that help them control the life-threatening symptoms.

What are the Best Treatments of Infertility?
How Vitamin D Deficiency Effects Women Health?
Best Remedies for Stomach Pain
Is it Important to Talk with Someone to Cope up Postpartum Stress?
November 28, 2020/by MamaBlog
https://www.mamashop.com.au/blog/wp-content/uploads/2020/11/What-are-the-Possible-Effects-of-Bipolar-Disorder-MAMA-BABY-CARE.jpg 558 1201 MamaBlog https://mamashop.com.au/blog/wp-content/uploads/2020/12/website-logo.png MamaBlog2020-11-28 17:47:482021-01-10 08:16:55What are the Possible Effects of Bipolar Disorder?

The Positive Effects of Doodling on Mental Health 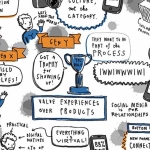