Blog - Latest News
You are here: Home1 / Mental Health2 / The Common Mental Illnesses in Children every Parent should know!

The Common Mental Illnesses in Children every Parent should know

Well, it is the problem of almost every parent that they do not think of the disorders their children may have. The signs and symptoms are not prominent, but when they observe some unusual activity they simply ignore it by saying ‘my child is too young to have any psychological problem.’ This sort of stigma left the children untreated, which creates several problems later in life. Understanding the mental health of children is important, however, parents should keep an eye on every uncertain act, which is not normal.

It is not important that the mental health problems can affect adults only, however, you never know what sort of problems your child is going through due to disturbing psychological health. However, there are some common mental illnesses in children that every parent should know about.

It is a type of mental illness in which children experience a lack of attention and hyperactive-impulsive behavior. ADHD starts below the age of 12, the symptoms are sometimes mild, and when it became severe the symptoms become prominent. Usually, parents identify the problems when they see a lack of focus in studies and social interaction.

This problem is common in children. It usually occurs before the age of 18. The symptoms are rare in children younger than 13. The severity of the symptoms depends upon time and type. In schizophrenia, children have problems with thoughts and perceptions. The common symptoms are delusions, thinking and behavior disorder, and hallucination.

This is another most found psychological issue in children. Those children have repetitive and limited behavior, activities, and interests. This problem appears at an early age before 3. Children with ASD have difficulty with interaction and communication with other people.

This problem is found in children before the age of 12. Children with an eating disorder have topsy-turvy thinking about weight gain and loss. They use to do unsafe eating and have disordered dieting habits. The severity leads to social and emotional dysfunction and life-threatening physical complication.

Children with depression have persistent problems in school functioning. They lose interest, have continuous sad feelings, and problems with interaction with others. Another disorder found in children is Bipolar disorder in which children have extreme mood swings that are in between extreme behavioral and emotional problems that could be risky and unsafe.

In Post-Traumatic Stress Disorder, children have frightening thoughts that are the cause of some dark memories such as the effect of any accident, physical abuse, or natural disaster. The level of PTSD depends on the seriousness of the event and the symptoms as well. Children with PTSD live in that dark memory and have frightening dreams, nightmares, and the same flashbacks.

Effects of Discrimination on Mental Health
Your Depression Might Make You the Best Mother in Pandemic
Come out of your Bed when Depression is hitting you hard
What are the Common Migraine Triggers?
December 28, 2020/by MamaBlog
https://www.mamashop.com.au/blog/wp-content/uploads/2020/12/The-Common-Mental-Illnesses-in-Children-every-Parent-should-know.jpg 667 1200 MamaBlog https://mamashop.com.au/blog/wp-content/uploads/2020/12/website-logo.png MamaBlog2020-12-28 15:52:112020-12-28 15:52:14The Common Mental Illnesses in Children every Parent should know!

Teething in Toddlers: How to Deal with it? 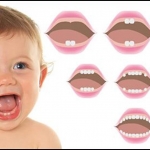 Teething in Toddlers How to Deal with it 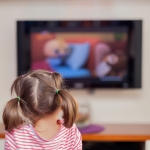