THE COMMON DISEASES FOUND IN WOMEN

Women usually have problems related to their well-being. They also experience unique issues and conditions of health from early life to pregnancy, gynae conditions, menopause, and pelvic disorders. Women issues are broad and there are some issues which only affect women, but some issues are also there to effect man as well.

There are some issues that are listed below.

This disease is a very serious disease commonly found in men according to the public but this disease equally affects both men and women. This disease cause death in mostly female. In the US 55 percent of females realize that this disease is really intimidated their gender. A person usually suffers from some problems like diabetes, smoking, blood pressure, etc the factors which contribute to this disease.

That is the disease in women which is very common where the cell in your breast increases and you can’t control that. There are many lumps which build in women breast are not really threatening but it’s important for all the females to have a check-up by their doctor. Some different kind of cancer which are present, and it all depends on the cell in the female breast. It usually begins in a different part of their breast. The breast is made by three things the mucus which is connective tissue, vessels tube, and lobes. The part which produces milk is the lobes, which carry milk is called the vessel duct tube, and the last the mucus the connective tissues which carry the whole thing together. This cancer occurs in the part called lobes and ducts which are present in the female breast.

As mentioned above that women experienced health issues during their life but during pregnancy, the complications affect the mother’s and fetus health both. Even before pregnancy, some women experience such problems. If the problems like asthma, anxiety, depression, diabetes, etc are not controlled during the pregnancies it can harm the child and the mother both. The conditions which exist before pregnancy can be the worse and it can be threatening the child and the mother’s health.

Feeling sad, showing no interest in anything is basically caused by depression which is a mood disorder. It also affects how you do everything, to think, to feel, to behave, etc, and can also be leading towards problems whether physically or emotionally. Naturally, some hormonal fluctuations cause anxiety and the person can also be mentally disturbed. (PMS) which is a syndrome commonly found in every single woman. There is a sadness type called “Baby blues” which is built-in women soon after birth which catches more concern as it causes sadness in them, tiredness, and some other emotional issues.

Is it Safe to take Antibiotics when you are nursing?
The Best Toddler Flu Remedies
Importance of Calcium for Bones Health
People Reported Obesity Related to Risk of Severe Headaches
February 16, 2021/by MamaBlog
https://www.mamashop.com.au/blog/wp-content/uploads/2021/02/THE-COMMON-DISEASES-FOUND-IN-WOMEN.jpg 600 1100 MamaBlog https://mamashop.com.au/blog/wp-content/uploads/2020/12/website-logo.png MamaBlog2021-02-16 11:01:292021-02-16 11:01:31THE COMMON DISEASES FOUND IN WOMEN

THE BEST FOODS FOR HAIR GROWTH 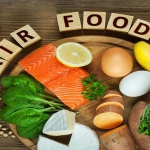 THE BEST FOODS FOR HAIR GROWTH 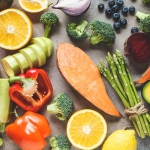