In the U.S., around 1 out of 7 infants are born to black women who are born before the 37th week, in 2019. The rate of premature birth is 50% higher in black women, as compared to Hispanic white and other color tones. This issue is one of the long-standing problems in black women and affecting the Black Americans community with is entrenched in racism.

The assistant professor and epidemiologist Jaime Slaughter Acey has studied further the connection between racism and pregnancy. She conducted a study in the U.S. to examine how skin tone bias is associated with the birth results in most black women.

Slaughter Acey said that people who are judged with their complexion is a kind of colorism, which gives honor to the people with a lighter tone and hindrance to those who have a darker complexion. It is a common thing among people that the masses who have a light brown skin tone are favored due to their complete European appearance. Moreover, the skin color might impact the Black Americans led to exposure to the stress and demotion related to racism.

The record has been collected from the medical records and interviews of around 1,410 African American mothers who give birth at a delivery hospital. The research has accounted for the impact of education, place of birth, household income, maternal age current residents, and other factors to segregate the effect of skin color and the year of mother’s birth on premature birth.

The researchers come out with the result, which shows that the women who participated in the study distinguished by the women’s skin color and year of birth. They elaborated that;

Black women born in the year 1964-1983 belonging to generation X with the age of 25-45 years at the time of research, lighter skin tone was related to decrease in the premature birth rate, which was the national non-Hispanic white women’s premature birth rate.

With the increasing maternal age, black women having the skin tone of medium to dark brown are more likely to have a premature birth, contrary to those women having light brown skin complexions.

The researches and the current studies have demonstrated that there is a complication of race in America. If we discourse the persistent racial gaps in maternal and infant health results, we come up with the fact that we should identify and admit the existence of colorism, it is the cause of health inequity and its part as a social factor.

Slaughter-Acey continued the research by investigating how universal racism impacts the mother’s health and infants in-between and following birth. She further added that future studies on this concern would support headway efforts to admit health gaps comes out of racism.

What is a Winter Rash and How to Control it? 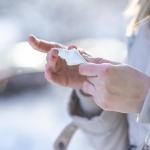 What is a Winter Rash and How to Control it