Dandruff A Common Problem in Toddlers

Parents are always concerned about every single disturbance in their children’s health or any changes they observe, that’s pretty right and important also. Well, usually parents complain about the problem of dandruff in their children. Some say that it begins when their kids start going to school, and many others say it is the problem since their birth. The results are still mixed, and there are some other reasons for that also.

Dandruff is also known as seborrheic dermatitis, which occurs on the scalp. This problem is common in children as well as in adults, this condition is not specified for age or race. It seems to appear in the form of dry flaky white or yellowish skin on the scalp and the other oily parts of the body, which usually plunge. It causes itching and irritation in the head. Kids keep scratching their heads all the time. Parents try almost all anti-dandruff shampoo to stop those white flakes, but not all work. There is no specific reason for dandruff in kids, moreover, still, there is no confirmed research appears.

Dandruff seems to be the white flakes of dead skin that appear on the scalp or in the hair. However, commonly people experience itching and irritation, but if it gets worse, dandruff may lead to seborrheic dermatitis, which causes inflammation in the scalp.

There are some common causes that every parent should know. This would help you control dandruff and escape from having any worse condition.

The easy ways to Treat Dandruff

Dandruff can get worse if it remains untreated, however, some simple ways help get rid of it.

Why Do Some Toddlers Whine? 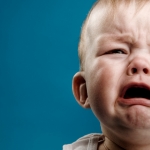 Why Do Some Toddlers Whine MAMA BLOG 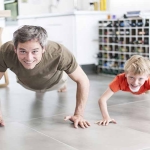