What is Acid Reflux?

Acid reflux happens when the sphincter muscle, which is present in the esophagus’s lower end that relaxes at the wrong time and supplies back the stomach acid to the esophagus. The disease is also known as gastroesophageal reflux disease (GERD), people usually experience acid reflux time by time, a person may have mild to moderate acid reflux once or twice a week.

In babies, acid reflux is a common disease. However, it’s not a big problem that does not have any precautionary measures to follow. If you are the parents of the little one, you should take care of the feed your baby is taking and at every malfunctioning. Here are some causes that we should know so that we could control the disorderliness.

The major cause of acid reflux is a poor diet. Whatever your baby is eating directly triggers acid reflux. If you have started giving your kid some solid food, depending on your baby’s age, make sure you are not giving any food that causes acid reflux. Commonly tomatoes and citrus fruits are supposed to enhance the production of acid in the stomach.

If your baby is breastfeeding, make some changes in your diet plan. Peppermint, high-fat foods, and chocolate keep the lower esophageal sphincter wide open for a long, which leads the stomach reflux.

After and during feeding positioning when ignored can lead to acid reflux in infants. While feeding, make sure you keep your baby in the upright position may lessen the risk of acid reflux.

If you are worried about the feeding routine of your little one, get the right guidance from your doctor. In other cases, if your baby spits out, but he is growing well, here you don’t need to change your routine.

The signs and symptoms can create discomfort in the feeding routine and most of the time, infants have mood changes also.

If you notice any of the above-mentioned symptoms, promptly take advice from your consultant and observe whether you are not allowing any reason to dominate over your children.

Why ADHD is observed in Children? 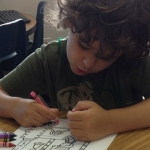 Why ADHD is observed in Children MAMA BABY CARE 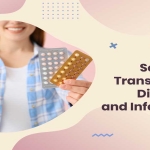