Benefits of Play Time for Infants

There are always some essential elements that develop in your children even when they are playing. When infants become 6 months they start recognizing their parents, siblings, and the people they see around them all the time. Infants at those early months begin to make noises and the way they mimic the cough to grab the attention of the people is the cutest thing.

When the kids began to play on their own, they develop listening skills, builds self-confidence, and help make solid muscle mass. You might get a little tired of playing with them when you don’t know what to play, but you never know about the benefits that are making them healthier.

Playing is the first thing involves in communication, sense of being in the world, and interaction. You can interact with your kid by responding to their actions. When you stick your tongue out and show the silly side of yours, the way your kid smiles encourages his silly side too. Experts suggested that you can teach your kids about the basic words that help you express the feelings of sadness and happiness or anger as well. By expressing and reacting with emotions will teach your kid how different feelings are.

Don’t make the habit of watching cartoons all the time from the beginning. So turn off the television, play the tunes and start to move and groove. Moreover, you can take out your baby’s favorite toys. Playing is good for the physical growth of your little one also for the mental health, as it builds hand-eye coordination, it maintains the upper and lower body strength. It doesn’t end here, pulling, crawling, pushing, climbing and other playing movements enhances dexterity and quickness.

It looks so good when you see your little one express excitement when they see the snapdragon in the garden and the colorful characters in the storybooks or poems they are showing curiosity. This depicts the interest of your infant in this world. The sounds they make and the way they react depict that how much they are excited to touch and play with them.

When you cuddle your kid when you are doing your chores, singing the lullaby, you are reading, or make silly faces, this maintains the sense of safety and builds the parent-baby interaction in the newborn. This establishes the sense of identifying that the parents are the caregivers when they are interacting with them.

Engages the Senses of Infants

The budding sense in your baby helps them connect with parents and the people around them. If he is under one year, excite him with rhythm-based activities such as poems. The first sense developed in the kids is sound, thereby, parents are recommended to sing in poems or nursing rhymes in their voice. Moreover, sensory activities like creating different shapes with the playing dough help cosset the babies for more than one year.

Amazing Health Benefits of Honey You Might Don’t Know! 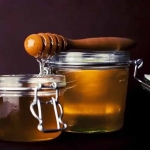 Amazing Health Benefits of Honey You Might Don't Know 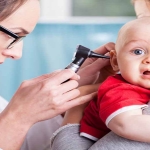